Everyone deserves a little celebration for their birthday, even more so for the milestones, the ones where we think right, this is good news, I’ve made it this far. So, when I arrived at a full 30 years on earth, I decided it was treat-myself-time and jetted off to California for ten days – yes, I’m very kind to myself aren’t I. Perhaps I’m taking those articles I read proclaiming we should all be kinder to ourselves a little too literally…

In any case, my round-trip from LA to San Francisco merely scratched the surface of the Golden State, but I did get a wonderful Californian taster and it revealed itself to be a very appealing place for the solo traveller. I was greeted with plenty of smiles, had memorable chats with an eclectic mix of people and soaking up so much sunshine before diving deep into London wintertime was a massive treat. Reflecting on it now, I’m eager to return – to see Yosemite in particular – a true marker of how much a place has won over.

California solo dreaming is a two-parter – today I’m reliving my days in an LA daze and coming soon, my coastal train journey north to San Francisco.

Arriving in LA that late October, I was clouded by the fogginess of a fresh head cold so my memories of those initial days are compressed into a haze of LA heat, traffic and swigging ginger and turmeric shots in a quick bid to restore some semblance of a functioning human.

In some ways, my preconceptions of LA proved to be correct – certain sights stirred a sense of familiarity, places resembling those from film and TV no doubt; constant streams of traffic flowed endlessly along the roads and highways, nobody walks here, the car is king/queen; the beating glare of the Californian sunshine throughout the day; and the sheer vastness of it all. In other ways though it was unexpected, a little hard to decipher, small things making it more of a challenge than I’d anticipated.

Perhaps if I visited again, I would be wiser navigating my way around. I was quite daunted that first time as to how I could utilise the city’s public transport system – it requires a little more effort than it would in somewhere like New York or Paris. But despite initial reservations, I did discover the best of LA – it just took some ill-advised attempts to walk from one place to another, many Ubers, plus the odd random bus and metro journey. Luckily for me, the locals were more than happy to point me in the right direction and when those ginger and turmeric shots really kicked in, well, I absolutely blitzed it in three days.

I always thought hiking involved special boots and trekking poles, but in LA the locals refer to it with as much normality as we would a Sunday stroll in the park. No bother then to tick it off my LA bucket list.

My base camp Airbnb was fairly close to Runyon Canyon, one of the most accessible and popular trails in the city, so I chose to give it a go on my second morning. Despite the early start, the temperature had inched upwards to sweat-developing territory, definitely making it more of what I would imagine hiking to feel like than a walk in the park. But it was very much worth it – ascending to a higher vantage point gives you the perspective you need to fully grasp the true scale of the city below and I was buoyed by the stunning panoramas of the Pacific to the west. 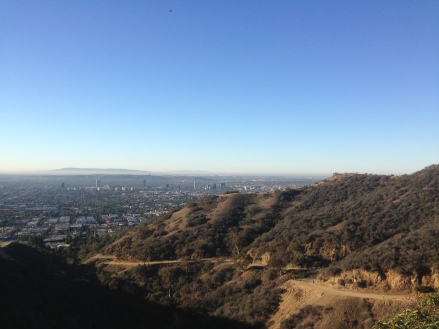 Check out Modern Hiker for a list of trails to suit all levels in and around LA.

Serenely located on a hilltop in the Santa Monica Mountains, the Getty Center is a must on my list of LA recommendations. Admission is free and you are gifted with a sprawling modern museum complex designed by architect Richard Meier, along with its immaculately maintained gardens, outdoor sculptures and peaceful views overlooking the bustle of the city.

Inside, the permanent art collection features pre-20th-century European paintings, sculptures and drawings, plus 19th- and 20th-century photography displays from America, Europe and Asia. The Center also hosts rolling exhibitions and I had the pleasure of visiting Postwar Shadows by Japanese photographer Ishiuchi Miyako which explored life in post-war Japan and the atomic bombing of Hiroshima. 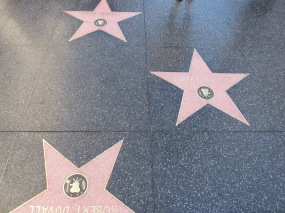 I wouldn’t necessarily enthuse too much that you go out of your way to discover the wonders of the Walk of Fame along Hollywood Boulevard because, unless I missed something*, there really aren’t any. My excuse for going? I was staying a few streets away so I decided I would put my reservations aside and open-mindedly have a stroll.

It was as underwhelming as I imagined.

I doubt anyone who actually lives in LA ever contemplates going here, probably for the same reason I actively avoid Leicester Square. But the fact that it is so glaringly tacky, emitting Hollywood cheesiness from every corner makes it a funny detour. Definitely a one-time visit type of place.

*When I recently googled the Walk of Fame I discovered it averages a four-star rating from over 4,000 people – perhaps I did miss something**?

**On refection, I really doubt it.

Another top recommendation, Griffith Observatory is impressively positioned on the south-facing slope of Mount Hollywood. I ventured here on a beautifully sunny late afternoon and stayed until sunset. Admission to the building and grounds is free and there are lots of hiking trails in the area.

I took one that brought me quite close to the infamous Hollywood Sign and, if you can, do this early in the day or before sun down, you’ll avoid the beating sun and have a much more pleasurable walk (sorry hike).

The central business district of Downtown LA is not usually on people’s itineraries, but there is plenty to keep you occupied for a morning or afternoon and it’s well served by the city’s Metro Rail system. downtownla.com

This is where all the cool kids hang out, but I snuck in anyway. Laid-back beach vibes and the Californian dream life ooze from every trendy coffee shop, boutique and restaurant. I’d highly recommend dining out here (see Gjelina and Wabi Venice reviews below) as it’s one of the few places where you can actually walk down the street and have an array of dining options compared with other parts of the city where you go somewhere specifically for one restaurant. On the first Friday of every month gourmet food trucks descend on the area and you can find a map of what’s where on the website below.

Abbott Kinney is also a hugely popular filming location and you might have a few “where have I seen this place before” moments when you visit – I watched every season of Californication when I got back home which filmed in numerous shops and restaurants there.

No visit to LA would be complete without getting some sand on your feet and with the beaches of Venice, Manhattan and Santa Monica to name but a few, you are spoilt for choice. 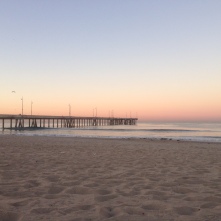 For sheer quirkiness and bohemian vibrancy, the area around Venice Beach has to be seen to be believed. I hired a bike and explored via the cycle trail, taking in the colourful murals on the buildings, the street performers and the muscle-flexors on Muscle Beach – there is never a dull moment here.

Keen to experience a little Pretty Woman moment, I made Rodeo Drive a definite on my LA to-do list. Luxury oozes from every angle and I took a few minutes to browse the lobby of the Beverly Wilshire, as ostentatious as I imagined. I read that the hotel featured in the original film even offers a two-night “Pretty Woman Experience”, including a bath butler who organises a hand-drawn bath in your room. Ridiculous. But I wouldn’t say no I suppose. 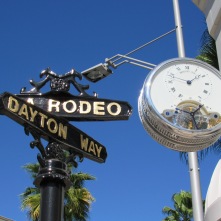 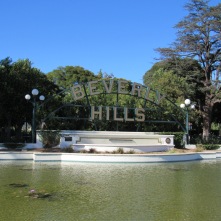 A bustling restaurant on Abbott Kinney Boulevard, make sure you book your dinner table beforehand otherwise you’ll be waiting – alternatively head here for a leisurely lunch as a walk-in. The menu boasts an appetising array of charcuterie and cheese, small sharing plates like Japanese sweet potato, jalapeno yogurt and spring onions, salads, exquisite pizzas and larger mains like braised pork meatballs. Gjelina has a fantastic atmosphere and is perfect for solo dining, the toughest challenge is choosing dishes for only one.

The sushi here is delicious and the kitchen experiments with interesting signature dishes such as seared toro with seasonal truffle, caviar, smoked soy and hand harvest sea salt. The evening I visited Wabi, it was packed with people, many of whom seemed to be local and it’s a great place to dine at the bar and soak up the atmosphere.

My favourite LA dining discovery, Joan’s on Third is the perfect breakfast, brunch, lunch and everything-in-between sort of place. The staff are friendly, service is efficient and the deli has a steady stream of trade all day, making it a great people-watching spot – it’s a popular celebrity hang out, or so I discovered upon my return when I googled it! 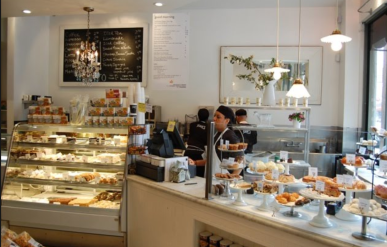