Travelled? Sure. Travelled Solo? Maybe not.

My solo debut? Navigating from Donegal to Bangkok almost a decade ago for a year as the foreigner disguised as an English teacher. “Gosh aren’t you great” they would say before I left. “But do you know anyone out there?” they would ask. Confidently, naively, I always replied, “No…but sure it will be grand”. Well for the most part it was and that first time, with all the good, and the not: it made me the traveller I am today.

The art of travelling solo has since become my favourite module from the school of life. It’s taught me a knack for looking like I know what I’m doing when bargaining. That street food is preferable to the “safer choice” McDonald’s which leaves you alone in the foetal position for two days. I can now graciously suppress my tinge of smugness as the “table for one girl” who glides past the queue at the trendiest local eateries. On days surrounded by couples or groups, I’ve discovered the perks; like a handsome Croatian guide offering to be your kayak partner while the others trail behind, diplomatically trying to coordinate their oarsmanship.

I’ve learned how to calmly remove myself from a room upon glimpsing the largest, hairiest spider one can imagine, but still can’t avoid hysteria when confronted with a cockroach — every, single, time. I now know one of life’s great certainties: that absolutely everyone, everywhere, loves to hear you’re Irish. Striking up conversations will offer some of the most fascinating stories from the most normal of people; like the Uber driver in LA who told me about a previous life in her native El Salvador and the likelihood of her never going back, ever.

Lost amongst throngs of tourists, I’ve realised you can break away; my escape from the crowds gathered for morning sunrise over Angkor brought me inside the ruins for the best and quietest seat in the house. After an embarrassing pavement dive outside the Musée d’Orsay, I’ve been reminded that it’s not always easy to be the solo explorer: you won’t have someone to immediately laugh off the mishaps with. I’ve been taught humility from the kindness of strangers; like the woman in Kampala whom I’d only met but who hugged me like a mother would when I heard my dear granddad had passed away in Dublin.

Ultimately though I’ve learned that travel, solo travel, is the most enriching of experiences I’ve brought to my life. If you haven’t tried it, then do: even just once. Whether it’s dodging motorbikes in Hanoi; marvelling at the beauty of the Californian coastline by train; or sampling patisserie for a day in Paris via Eurostar — you’re guaranteed to find extraordinary people who you’ll remember forever and create memories, so personal, they’ll stay with you a lifetime. The real art of travelling solo: knowing that it will be grand, and that sometimes, the very best travel companion, is yourself.

9 thoughts on “Learning the art of travelling solo” 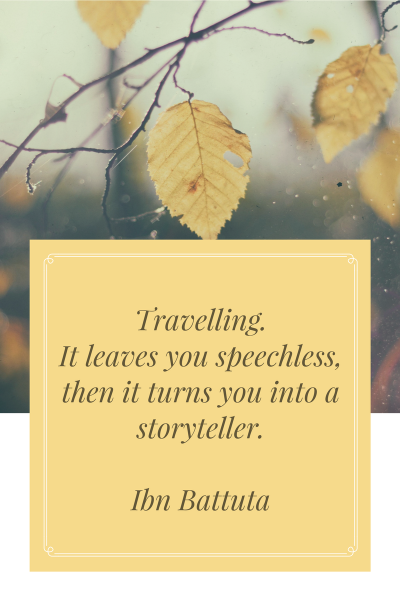